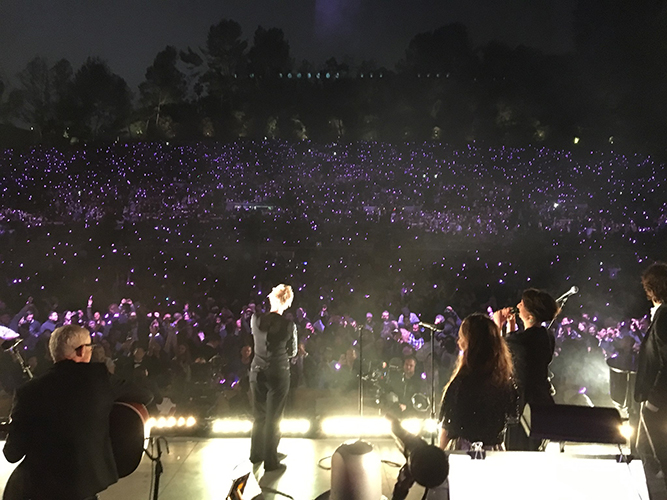 My view of the Hollywood Bowl

I recently arrived back from a tour with Above and Beyond Acoustic – undertaken to promote the second Acoustic album from internationally renowned dance music producers Above and Beyond, comprising semi orchestral chillout versions of some of the best known songs from their last few albums.

The band comprised the three members of Above and Beyond (Tony McGuinness, Paavo Siljmaki and Jono Grant) plus two drummers; a bassist; guitarist and musical director Bob Bradley (who has produced both Acoustic albums); a harpist; a four piece string section; four singers; and myself, on (deep breath) trumpet, trombone, french horn, keys, guitar, vibraphone and glockenspiel. 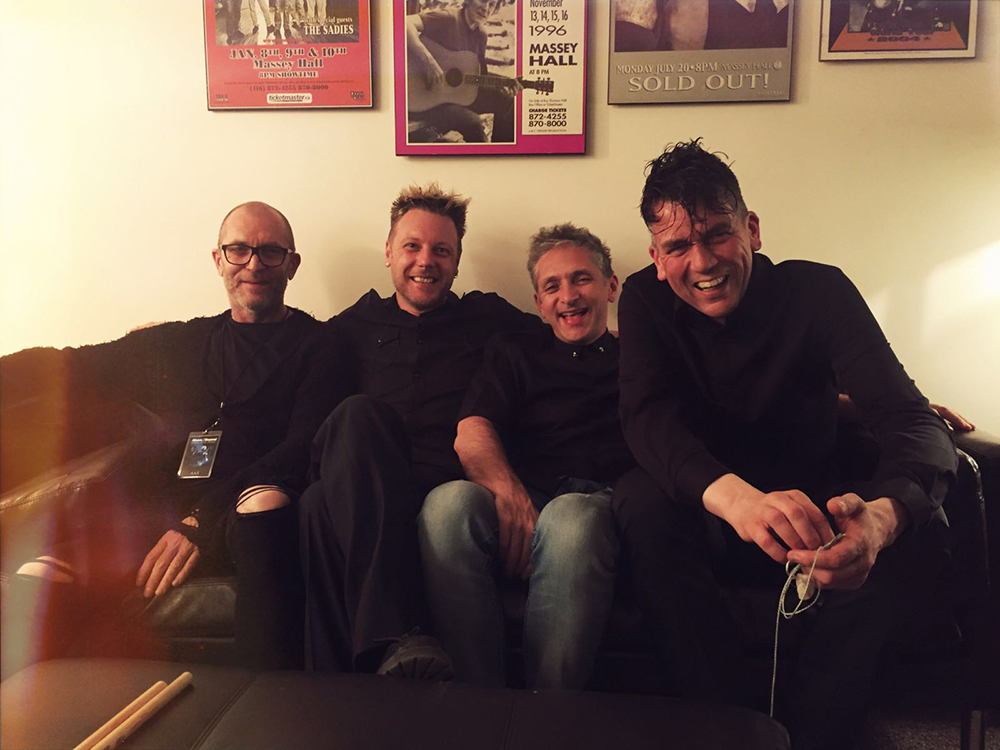 We rehearsed from the end of March through to the end of April mainly in London at a large rehearsal complex called Music Bank in Bermondsey. For the first time in a long time I had to score out my parts due to the sheer number of them, which rendered it impossible to learn by memory, which is what I normally tend to do. There was a bit of a challenge in that a lot of the brass parts on the record were played on french horns – an instrument I had never played before, apart from a quick go on one when I was about 11. It is similar to the trumpet in that it has three valves, with the added complication that an extra trigger valve toggles between two different keys, B flat and F. The low range of the B flat key goes out of tune, and the higher range of the F key goes out of tune, and therefore one has to constantly switch between the two keys to play the parts, something which took a bit of getting used to. The other band members very graciously allowed me the time to make dissonant parping noises for a few days whilst I got my head round it and eventually I mastered it (not without having a few doubts!)

The first gigs were two warm up dates in a large church/venue in Hackney called St. John, where the amazing dedication of the fans suddenly became apparent. The band are very low key in terms of being known but they have this huge international fan base derived from clever promotion via their long standing internet radio show and their constant dj-ing around the world. The fans seem to know every single word of every song and some of them have extremely emotional reactions to the material – I’ve honestly never witnessed anything like it.

On to Manchester at the Albert Hall, where a Saturday night crowd raucously sing along to the songs, belying the downtempo nature of a lot of the gig. Fantastic and rousing to experience, God bless Manchester!

Then it was a gig in Utrecht in Holland at the Tivoli, a beautiful new venue in the round where the more subdued (though still appreciative) nature of the crowd and the venue’s acoustics make this a gig very much on the learning curve, where every single note seems to be being scrutinised, causing everyone to have to concentrate, hard. This stands us in good stead for the next night’s gig, a sold out Royal Albert Hall – a massive success and one of the greatest gigs I’ve had the pleasure to be a part of. Just fantastic on all fronts.

From here on we travelled to the States – first to Chicago (the Chicago Theatre) for two nights, then to Toronto (Massey Hall) for two nights, then Boston at the Wang Theatre, then New York for three nights at the Beacon – at this point things really started to speed up and the days run into each other. When you’re at the beginning with the whole tour stretching in front of you it seems very long, but when you hit this stride it starts whizzing by amazingly quickly. 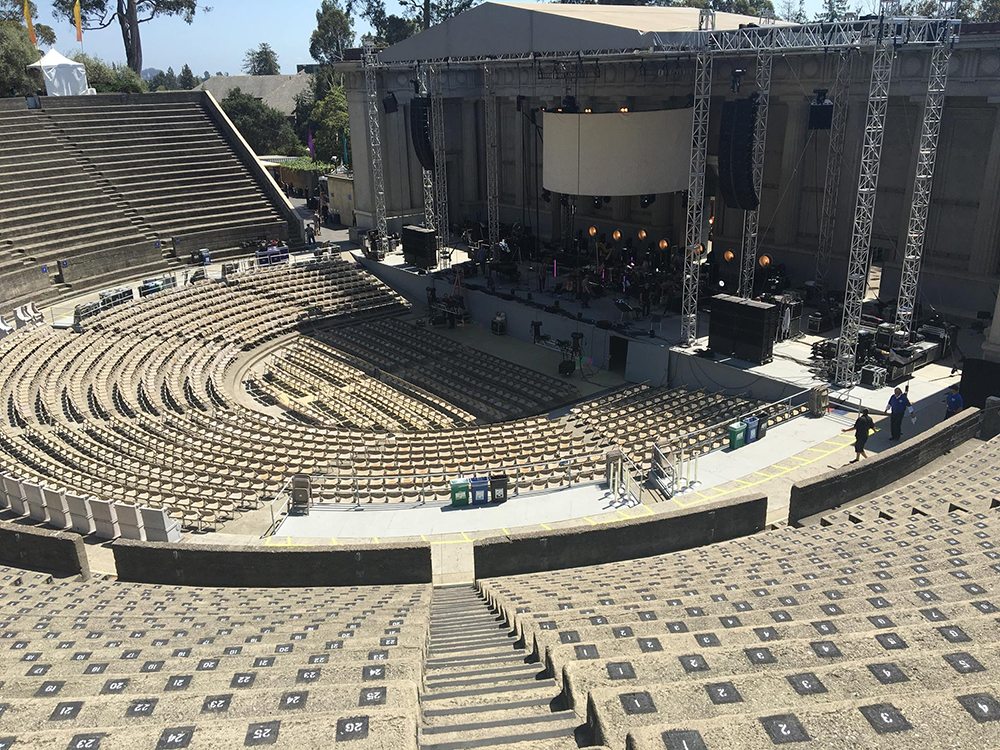 From there onto Berkeley for two nights at the Greek Theatre – a beautiful outdoor amphitheatre, one of the most amazing venues – and then onto the big one, a sold out gig at the Hollywood Bowl in front of 17,000 people, where I had an entire 36-piece orchestra, consisting of LA’s finest players (including french horn players, in front of whom I was a bit nervous, but who assured me I was doing it all the right way!) sitting right behind me on the stage, where they could scrutinise my every move (in my head anyway). No matter, we all rose to the occasion (it was also being filmed for a planned DVD release) and was another of the most special gigs I’ve ever been a part of.

Next, we travelled to Hawaii (I know!) where we played at the Waikiki Shell (an outdoor amphitheatre very much in appearance like a miniature Hollywood Bowl, still holding 8000), and then had two days off, which were very welcome indeed, as you can imagine…

Last, we flew to Sydney, crossing the dateline – I’d phoned home in the morning of the departure, and been eleven hours behind UK time – we left on the friday morning on an eleven hour flight, and arrived in Sydney on the Saturday night, now nine hours ahead of UK time…it’s a tough one to get your head around, especially after all that travelling! 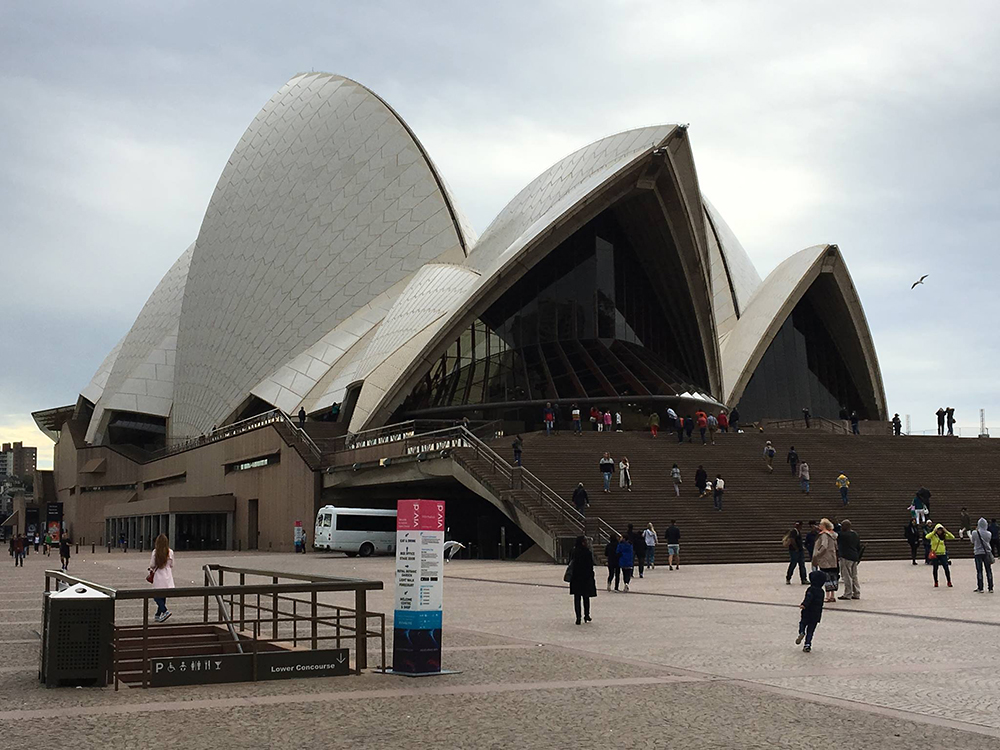 The last gigs were in Sydney Opera House, two in one day – just incredible to be playing here – but It was strange to think this was the last time we’d be playing the set after all this time having been devoted to just that…

What an absolute bucket list of venues we played; what an absolutely top bunch of people to work and travel with; and what a lovely feeling to come home to the loving bosom of my family who of course I missed greatly during the time away.

But when’s the next one lads?